By shaviv 0 Comments
A more realistic assumption than the approximation above is to allow the infection rate to be time dependent. This time dependency was derived in the first post, by using the results of Cereda et al. 2020 who used a $\Gamma$-distribution to fit the interval between the appearance of symptoms in infectors and infectees. After removing the widening by the incubation period, we derived the serial interval of infections, which is the normalized infection probability, namely \begin{equation} \beta(t) = R_0 {b^a t^{a-1} \exp(-b t) \over \Gamma(a)}, \end{equation} with $a = 3.1 \pm 0.8 $ and $b = 0.47 \pm 0.12$ days$^{-1}$.

Given this infection rate, can we derive the relation between the exponential growth rate $r$ and the basic reproduction number $R_0 = \int_0^\infty \beta(t) dt$? Can we predict by how much the growth will slow down if we quarantine at a given rate, or decrease the infection rate (e.g., through social distancing)?

The effect of quarantining and "social distancing" can also be included in the calculation by modifying the infection rate. For example, suppose that there is a quarantining rate $\kappa$, and that we reduce the reproduction number to a fraction $\epsilon$, namely that $R = \epsilon R_0$. We then get a modified infection rate of \begin{equation} \beta_\mathrm{mod}(t) = \epsilon R_0 {b^a t^{a-1} \exp \left(-b t\right) \over \Gamma(a)} \exp(-\kappa t). \end{equation}
Since a $\Gamma$-distribution times an exponent is another (but not normalized) $\Gamma$-distribution, we can easily integrate and find that

We can look at it differently. Without quarantining we need to reduce the social interactions to a fraction $\epsilon = (b/(r_0+b)^a = 1/R_0$, which is the above result.

In fig. 1 we plot the growth rate as a function of the quarantining time $1/\kappa$ and social distancing factor $1/\epsilon$. 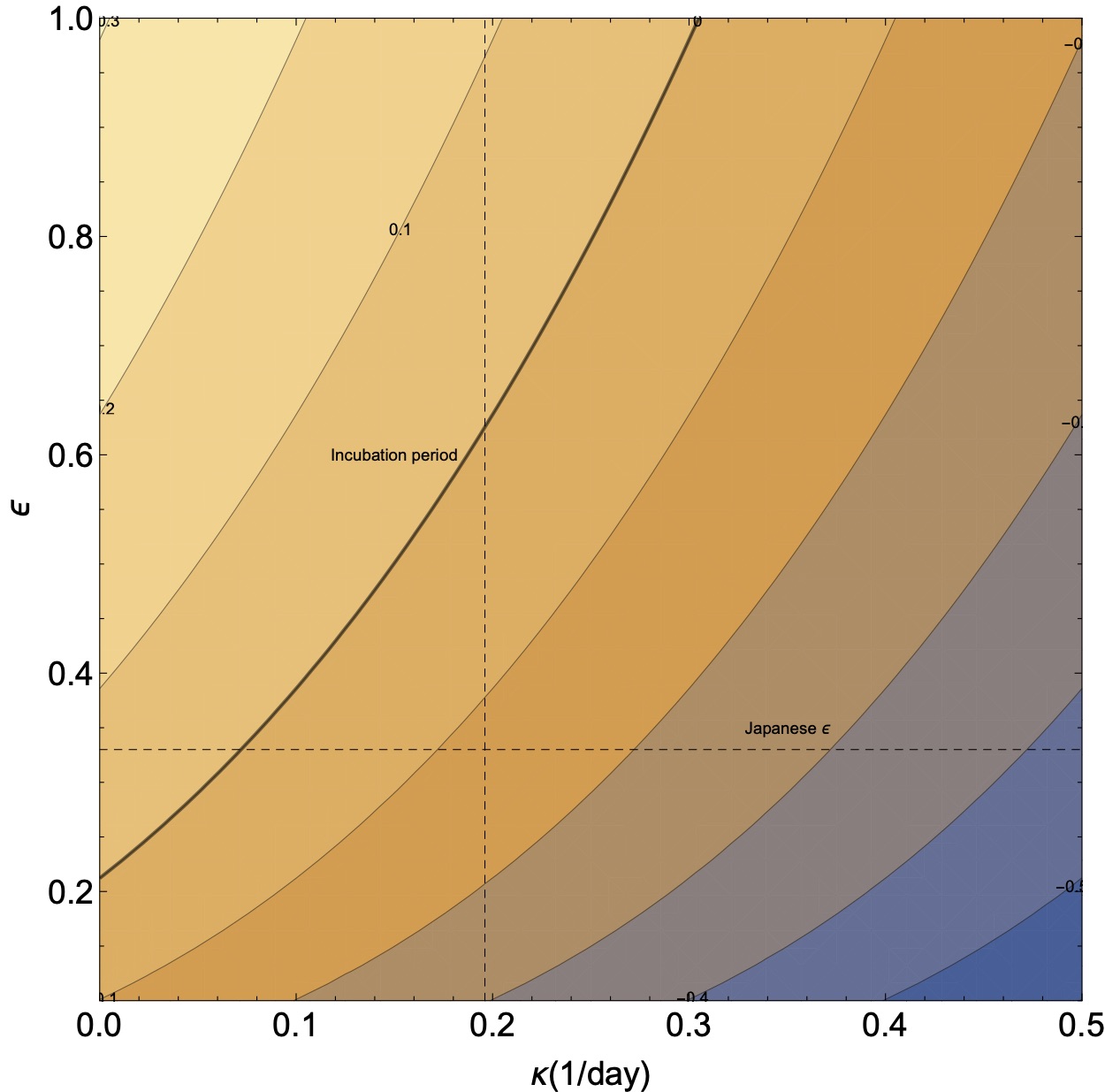 Figure 1 - The value of $r$ as a function of the quarantining rate $\kappa$ and the social distancing $\epsilon$. The top left corresponds to normal conditions. The dashed lines corresponds to the values that can reasonably be expected if societies behave as the Japanese, or if we quarantine as fast as the incubation period.

One apparent conclusion is that under normal conditions (i.e., for $R=R_0$), asking anyone who has any coronavirus like symptoms to quarantine himself is insufficient to stop outbreaks. This is because the typical incubation period is 5 days, which is larger than the necessary quarantining time. The exception might be a society like Japan in which the quarantining time is longer than the incubation time. However, this is still without having taken the asymptomatic coronavirus carriers. 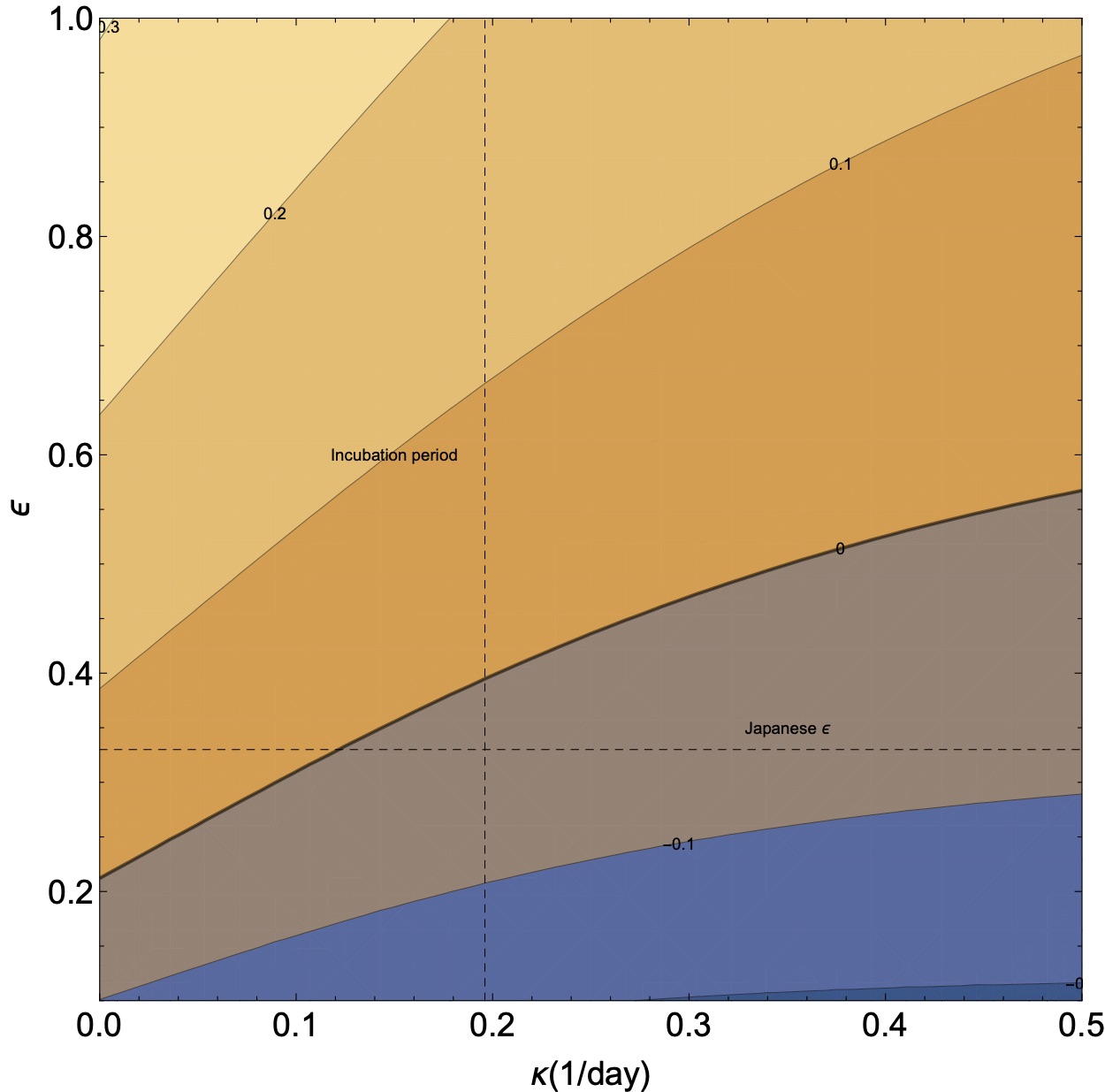 Figure 2 - The same as fig. 1, with the inclusion of asymptomatic patients that are not quarantined.

In fig. 2 we plot the rate $r$ as a function of the quarantining and social distancing. For our canonical value of the asymptomatic infected, we find that there is no $\kappa$ that will give $r=0$. Namely, the growth just from the asymptomatic is sufficient to cause an epidemic if the social interaction stays the same. If we use the rate observed in Japan, $r_J$, we find that $\kappa_\mathrm{crit} = 0.13 \pm 0.06$, which gives a typical critical time of 8 days to quarantine.

Let us now switch gears and simulate the pandemic numerically. This will allow us to easily incorporate more complex scenarios, such as different conditions for quarantining.