First, and foremost, Shepherd ignores the clear evidence that shows that the sun has a large effect on climate, and quantifies it. This graph is from the Shaviv 2008 (#1 in the reference below): 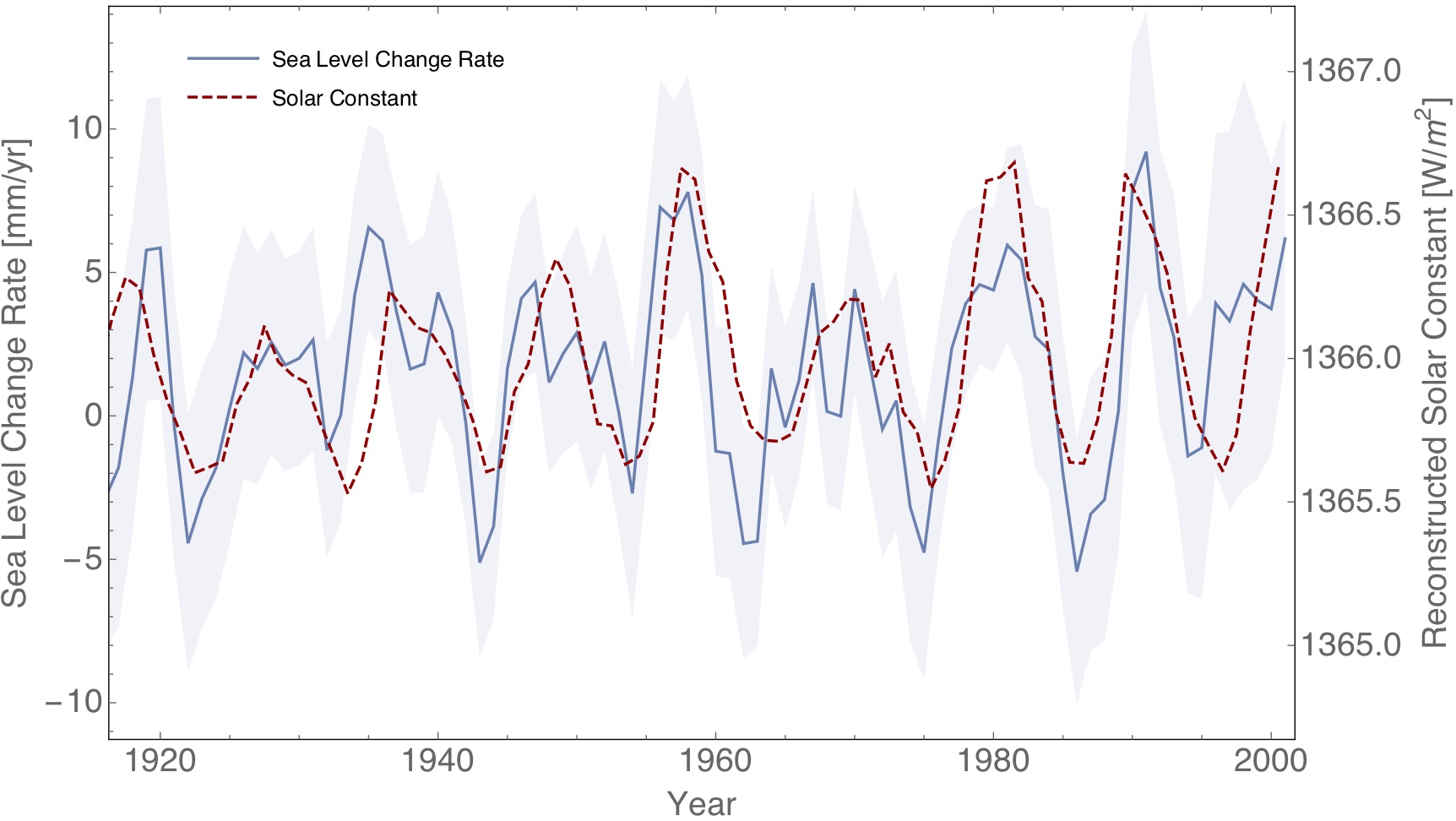 As you can see, there is a very clear correlation between solar activity and the rate of change of the sea level. On short time scales most of the sea level change is due to changes in the heat going into the oceans, such that we can quantify the solar radiative forcing this way. It is found to be an order of magnitude larger than changes in the irradiance, which is what the IPCC is claiming is to be the solar contribution.

After that work was published there was not a single paper that tried to refute it. Instead, additional satellite altimetry data covering two more solar cycles just revealed the same. In fact, the sun + el Niño Southern Oscillation can explain almost all the sea level variations minus the long term linear trend (caused by ice caps melting). This is from Howard et al. 2015 (see ref. #2 at the end): 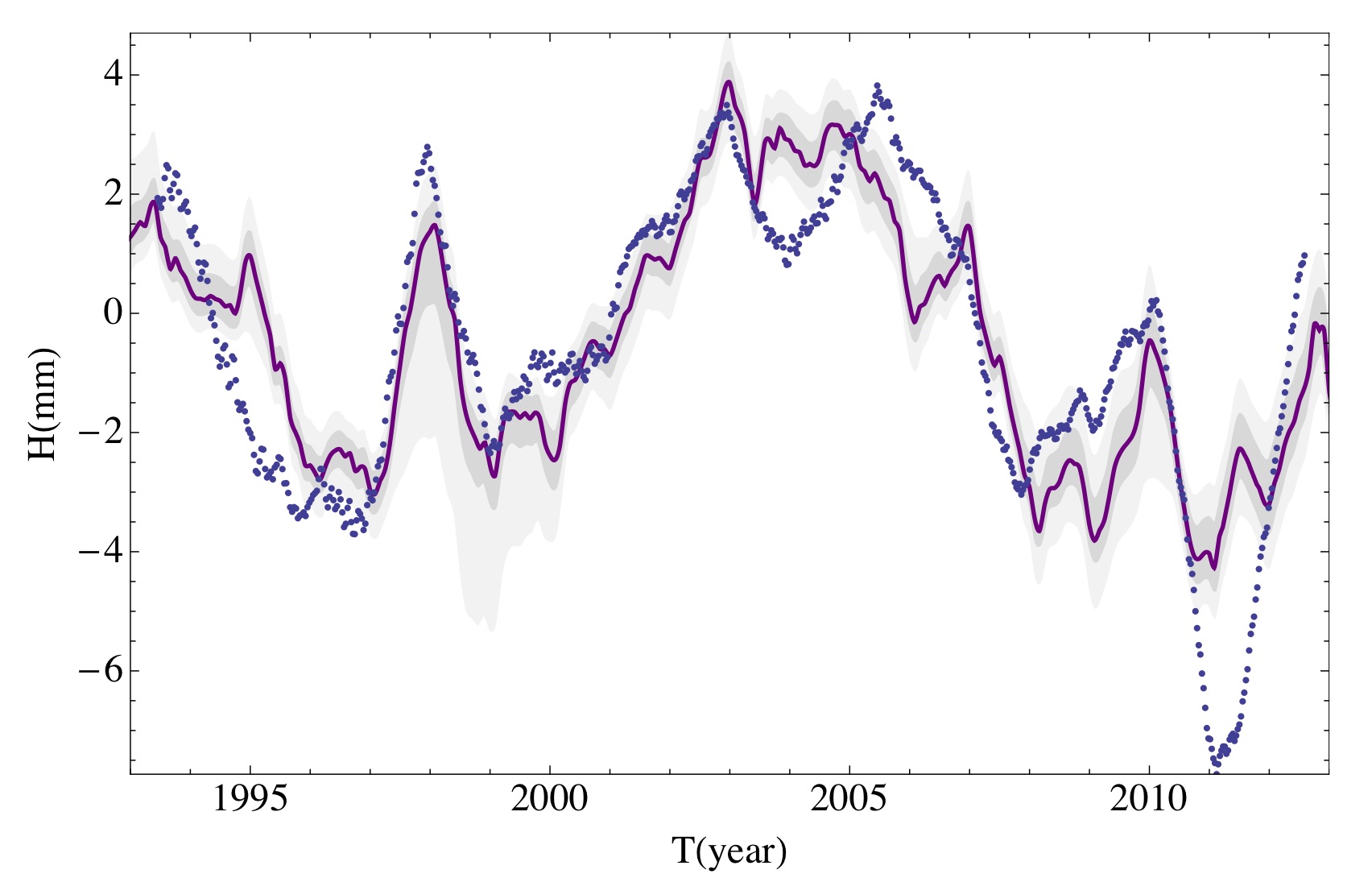 Clearly, the sun continues to have a clear effect on the climate. Note that it is impossible to explain the large variations through a feedback in the system because that would give the wrong phase in the heat content response.

What does that imply?

First, since solar activity increased over the 20th century, it should be taken into account. Shepherd’s radiative forcing graph should be modified to be: 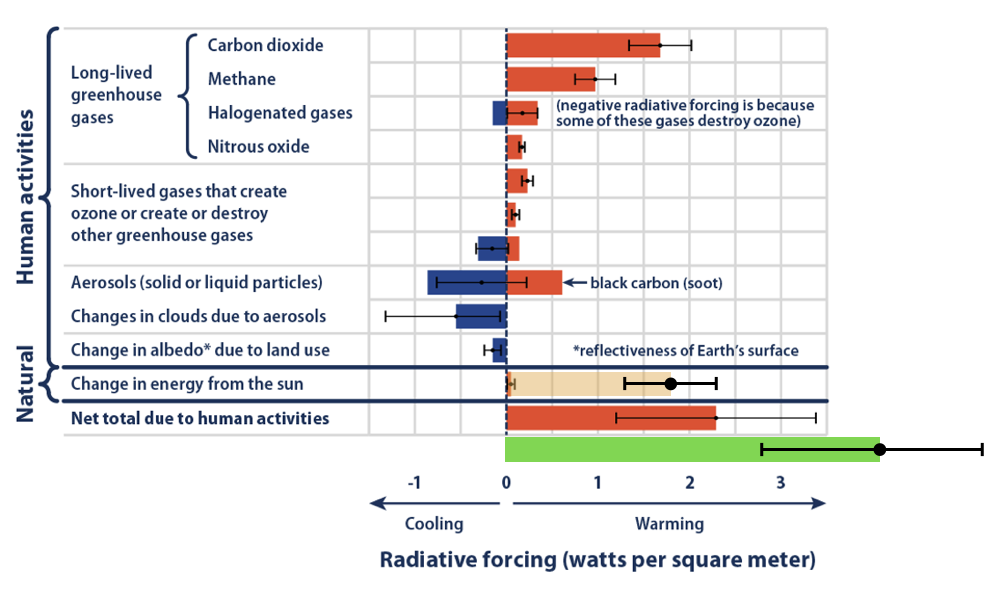 Figure 3: Radiative forcing contributions (graph from Shepherd's article) with the following added. The beige is the real solar contribution over the 20th century. The green is the total forcing (natural + anthropogenic) we get once we include the real solar effect.

The next point to note is that Shepherd claimed that because solar activity stopped increasing from the 1990’s it cannot explain any further warming. This is plain wrong. Consider this example in false logic. The sun cannot be warming us because between noon and 2pm (or so), solar flux decreases while the temperature increases. As a Professor of meteorology, Prof. Shepherd should know about the heat capacity of the oceans such that assuming that the global temperature is something times the CO2 forcing plus something else times the solar forcing is too much of a simplification.

Instead, one can and should simulate the 20th century, and beyond, and see that when taking the sun into account, it explains about 1/2 to 2/3s of the 20th century warming, and that the best climate sensitivity is around 1 to 1.5°C per CO2 doubling (compared with the 1.5 to 4.5°C of the IPCC). Two points to note here. First, although the best estimate of the solar radiative forcing is a bit less than the combined anthropogenic forcing, because it is spread more evenly over the 20th century, its contribution is larger than the anthropogenic contribution the bulk of which took place more recently. That's why the best fit gives that the solar contribution is 1/2 to 2/3s of the warming. Second, the reason that the best fit requires a smaller climate sensitivity is because the total net radiative forcing is about twice larger. This implies that a smaller sensitivity is required to fit the same observed temperature increase.

Here is my best fit to the 20th century. Solid line is model and dashed is the observed global temperate (See Ziskin & Shaviv, ref. #3 below). 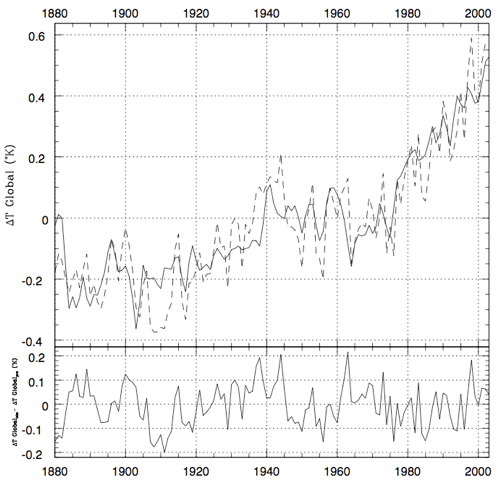 Figure 4: Best fit for a model which allows for a larger solar forcing and a smaller climate sensitivity than the IPCC is willing to admit is there. Top: Model = solid line, NCDC Observations = dashed line). The bottom is the different between the two.

As you can see, the residual of the fit is typically 0.1°C, which is twice smaller than typical fits by CMIP 5 models.

Once we fit the 20th century, we can integrate forward in time. Here I plot the expected warming for many realizations assuming a vanilla flavored emission scenario: 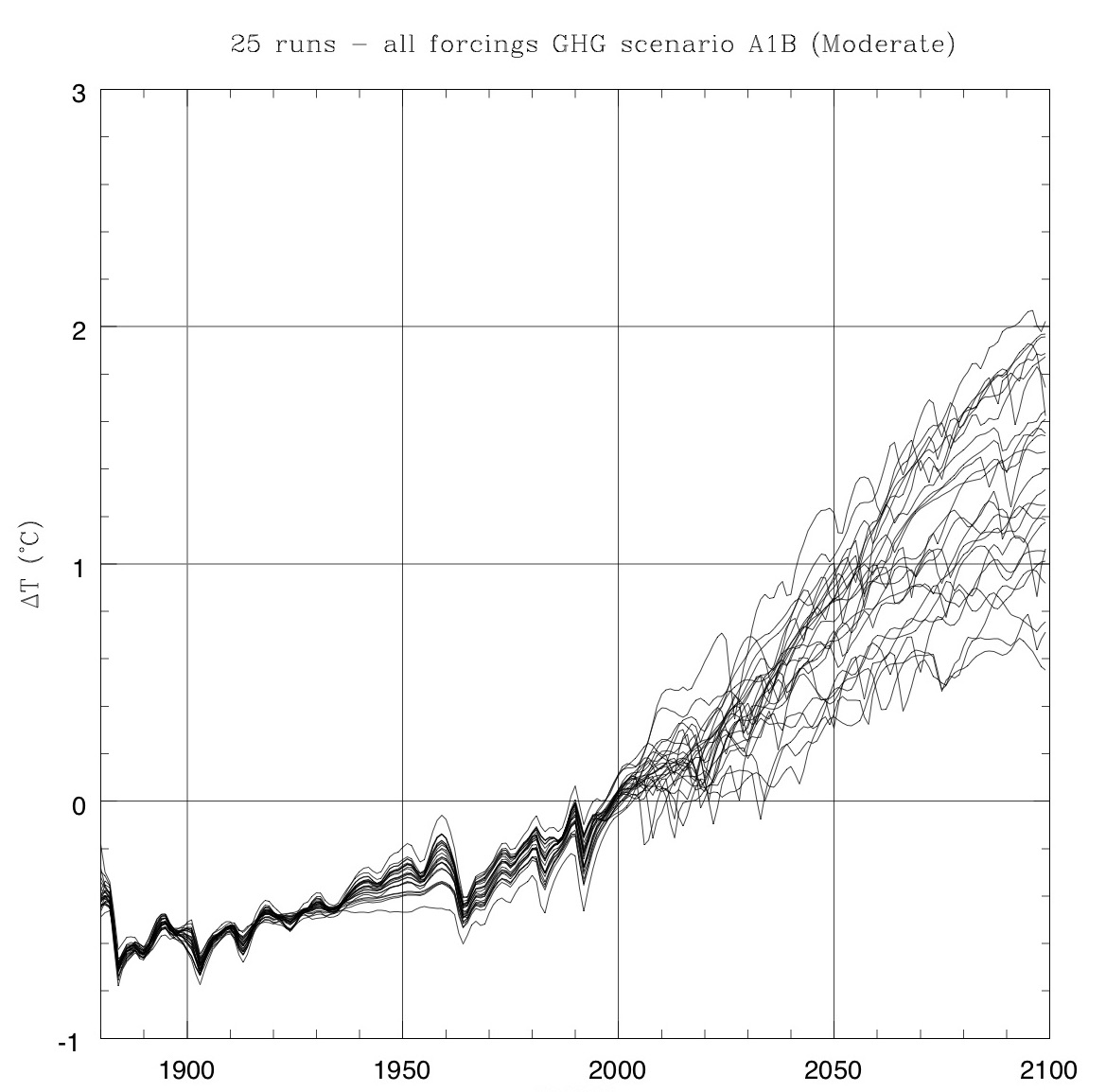 The actual temperature increase witnessed is totally consistent with the observations. It is much smaller than the CMIP 5 models which the IPCC is using. See image capture from Roy Spencer’s ICCC13 talk: 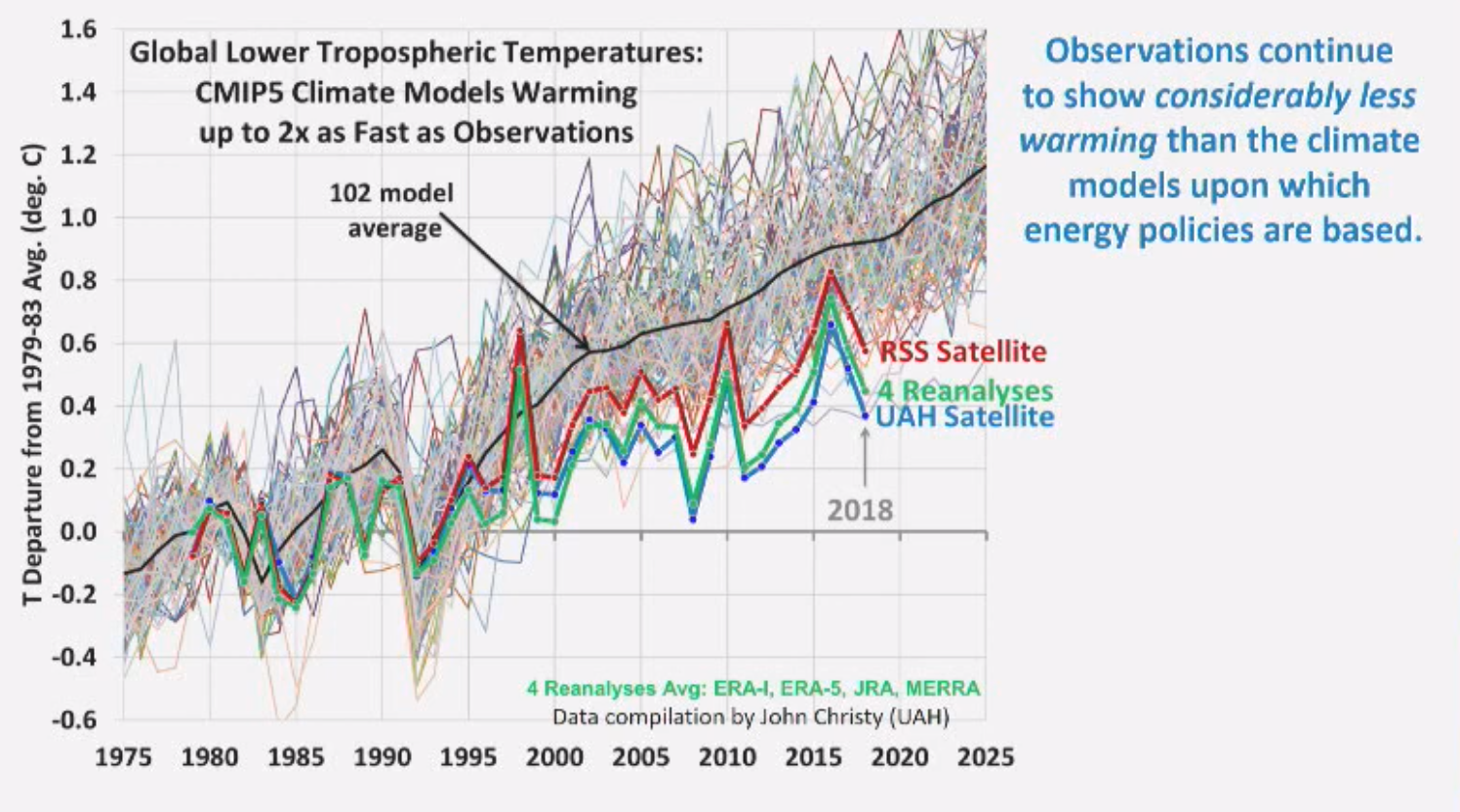 And average warming slopes, together with my predictions: 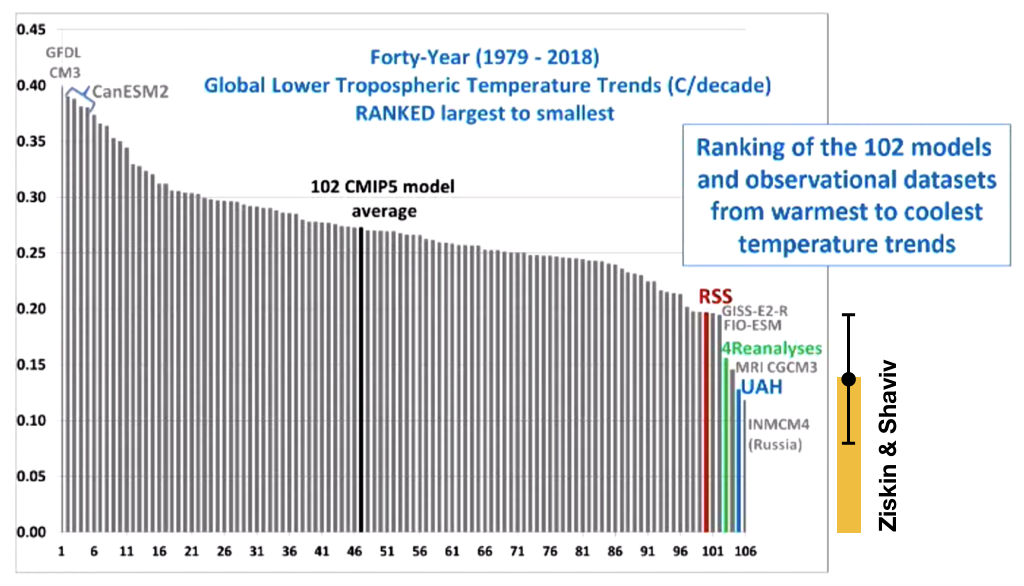 Figure 7: Warming trends in CMIP5 models vs. actual warming trends based on satellite (RSS/UAH) or reanalyses datasets. The orange bar is our predicted warming trend. Error is from the range of realizations.

Namely, our predictions are totally consistent with the satellite (RSS / UAH, whichever you prefer) and the Reanalyses datasets. Remember, this was obtained for a model which included the real solar contribution which requires a small climate sensitivity.

Shepherd also mentions that the link through cosmic ray flux variations has been debunked. I point the reader to a summary of why those attacks don’t hold any water, which I wrote yesterday.

To summarize, Shepherd did not debunk the solar forcing. His arguments are defunct. Unless he comes up with a very good explanation to the first graph above, he should instead advocate taking solar forcing into account. The fact that forbes hushes up any possibility for having a scientific debate should be considered truly bothersome by anyone who values free speech and scientific debate. Truth will prevail irrespectively.