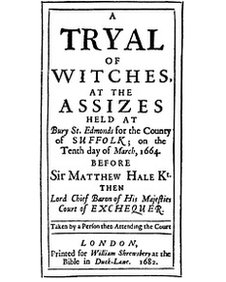 First, the reason I claim it isn’t a scientific debate anymore is quite obvious. The real debate should be on the observational or measured evidence and its theoretical interpretation, not on the funding responsible for the data collection or its analysis. The fact that the Willie Soon’s funding is questionable by some doesn’t imply that he is wrong. On the same token, opposite conclusions based on research funded by say Greenpeace cannot be automatically ruled out either. In the above NY Times bashing of Soon as well as in many other attacks on him, there wasn't any discussion on the key point he has tried to make, which is that the sun has a significant effect on climate yet it is mostly downplayed. In fact, I have been advocating this as well (e.g., you can quantify the solar radiative forcing using the oceans, and find that it is 6-7 times larger than expected from just the solar irradiance variations). Since standard IPCC conclusions rely on 20th century modeling that only considers the small variations in the solar irradiance, those conclusions are mostly meaningless.

The second point I want to emphasize is that the general public doesn’t realize that the funding of most scientists proceeds in an opposite way to that often perceived. Most scientists have a general plan or idea for the research they wish to carry out and then look for funding agencies or organizations that will fund that proposed research. It is not the opposite. Willie Soon, like many others, has an idea for the research he wishes to carry out, and looked for money to support his research framework, not the other way around!

Similarly, Richard Muller of Berkeley had an idea he should independently reconstruct the 20th century warming. He looked for funding, and found it with the Koch Foundation that seeks to fund climate research that is not part of the mainstream (the latter of course doesn’t need additional support at it is amply funded by government agencies). Muller then proceeded to reconstruct the 20th century temperature (known as the BEST reconstruction) and study its implications. His were that most of the warming was anthropogenic and that the solar contribution was at most small. Did anyone hear complaints that his research is valid or invalid simply because it was the Koch foundation that funded him? Why then are people complaining when they funded Soon?

Of course, I do think there are significant problems with the conclusions that the BEST team reached, but they are all scientific. Similarly, if people do wish to criticize Soon, go ahead, but criticize his science not his funding. Attacking the funding is the feeble way of avoiding scientific debate.