My wife and I had our kitchen renovated. Since this involved breaking a few walls (and cutting out a new window), we knew it would raise a lot of dust. Mind you, here in the middle east houses are built from concrete and concrete blocks, not wood. To minimize the dust annoyance (and damage), we decided to quarter off the living room from the kitchen by using large nylon sheets hung from the ceiling to the floor.

After the dust settled down (literally…), we found something quite bizarre. The nylon walls developed very beautiful dust dendrites, akin to the more familiar frost dendrites (like these frost dendrites I have seen while living in Toronto).

I think the phenomenon occurs because the dust doesn’t stick easily to the nylon. So, as the air flows next to the nylon, dust can easily stick to already existing dust. This explains why a dust patch grows while areas around it don’t. However, in order to get dendrites there must be particular affinity to the dendritic tips. Namely, once a small protrusion is formed, it tends to grow on the expense of its neighboring regions. Clearly the dendrites have a small but important effects on the air flow next to it. Anyway, here are a few examples: 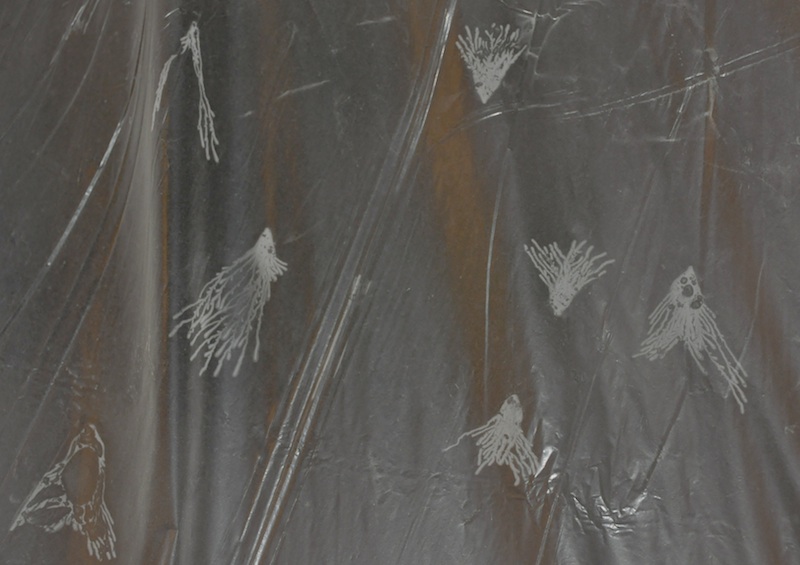 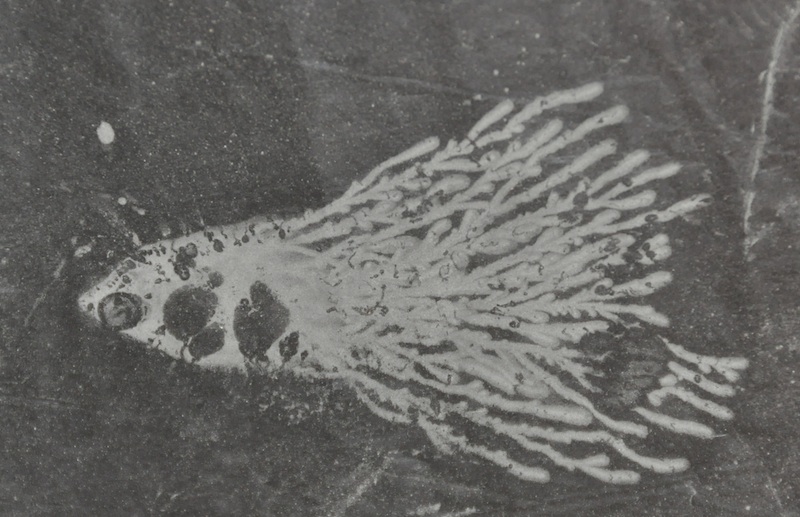 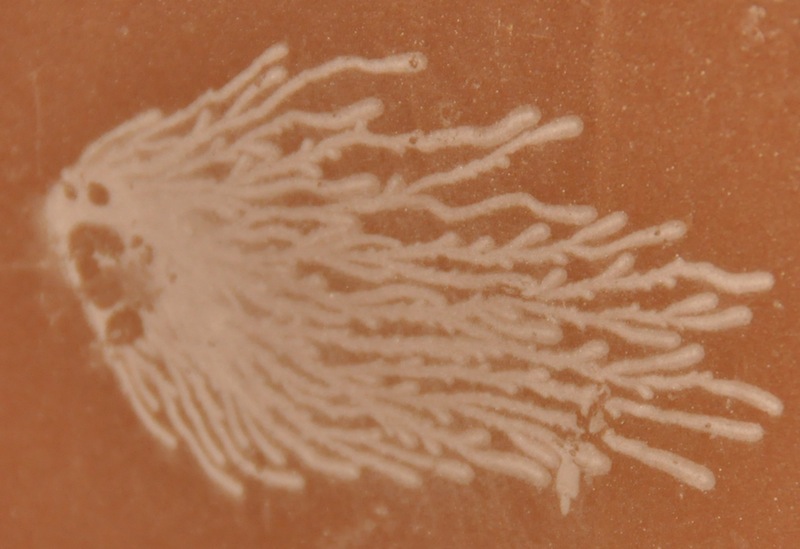 Later in the evening, when I was trying to clean up a little, I noticed a second interesting phenomenon. Some of the dust we have is paramagnetic. It stuck to the IKEA knife holder we have. In fact, it revealed the geometric structure of the magnets embedded in the holder. 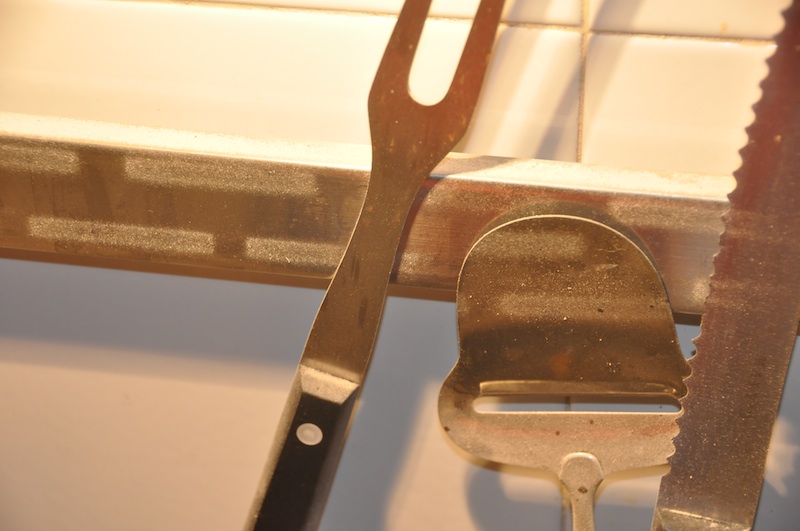 At first I throughout it was quite strange that concrete dust would stick like that. However, when thinking about it more, concrete wasn’t the only thing cut. There was also some iron piping and the iron rods from reinforced concrete. Probably it is iron dust from them (making it ferromagnetic dust).

Well, this is the most fun I could have from the renovations. Otherwise it was a big annoyance…